Everything But The Girl - Missing (Todd Terry Remix)

"And I miss you - like the deserts miss the rain". An unforgettable line from Everything But The Girl's beautiful song "Missing". It was first released on their Amplified Heart album in 1994, a typical laidback, acoustic EBTG song that was transformed a year later by the American DJ and producer Todd Terry, turning Tracey Thorn and Ben Watt's duo act into a dancefloor phenomenon. It made such an impact on the pair that their next two albums were strictly electronic, and why not? They benefited greatly artistically from it, and maybe also to a certain extent commercially. What is certain is that this transformation was very exciting and has helped EBTG remain one of my all-time favourite acts. 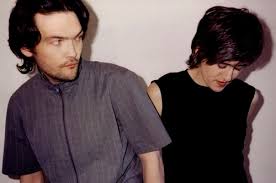