Prefab Sprout - When Love Breaks Down

In the summer of 1985 Prefab Sprout released their classic album Steve McQueen, but almost a year earlier the single "When Love Breaks Down" arrived in the shops. At the time it was released I was not able to let it go and played it repeatedly. I still play it from time to time, and it hasn's lost anything of its original appeal. After one of its several re-releases the song eventually became a minor hit single, deservedly so, even though it should have been massive if the world was a just place. Paddy McAloon is one of pop's finest songwriters, and "When Love Breaks Down" is one of the standouts in a catalogue that is truly impressive. 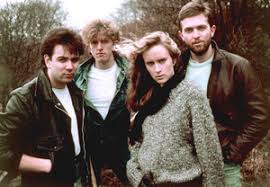