Some songs are special beyond description, and Kate Bush's "Cloudbusting" (1985) is one of the. Taken from her smash album Hounds Of Love, the song is about the hugely influential and controversial Austrian-American psychologist Wilhelm Reich's arrest and imprisonment through the eyes of his young son, Peter. Peter later wrote his father's story in the book A Book Of Dreams (1973) upon which the song is based. Wilhelm Reich was the inventor of the cloudbuster, or rainmaking machine. In the accompanying video Donald Sutherland plays the role of Reich while Bush herself plays the son. The video is directed by Julian Doyle but was conceived by Terry Gilliam and Bush, and it's simply wonderful to behold. And the song? Faultless! 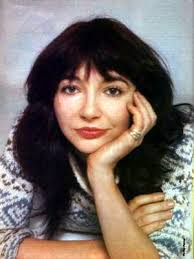