This week is off to a fiery start. Today's recommended song is Fine Young Cannibals' great debut single (and equally great video), "Johnny Come Home" (1985). FYC consisted of Andy Cox and David Steele who had both been members of the British ska outfit The Beat, and they recruited the amazing singer Roland Gift after some serious looking around. They were close to world domination by their second album which was a lot better than their first, but "Johnny Come Home" is by far their greatest achievement. 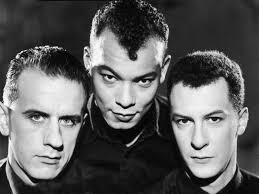 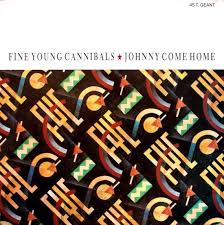