Bronski Beat's "Smalltown Boy" (1984) is a synthpop classic, the trio's debut single and finest moment. In the accompanying music video lead singer Jimmy Somerville's tries to chat up a guy in the shower and is later attacked by the same guy and his friends for being gay. It was being made as a means to openly adress the prejudices against homosexuals, and also the loneliness felt by many "smalltown boys" - and girls for that matter. It ends with Somerville sitting alone on a train, heading for London. The song in itself is really beautiful. 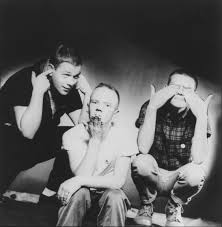