The Divine Comedy, which is in most ways an alias for Northern Irish singer/songwriter Neil Hannon more than a band, hit an artistic peak with the 2004 album Absent Friends, chock full of good songs. The most notable of them all was the title track, a jubilant slice of chamber pop, celebrating absent friends, in this case actors Steve McQueen and Jean Seberg, the priest Woodbine Willy, writer Oscar Wilde - and Laika, the Soviet space travelling dog that was the first animal to orbit the earth, as well as being the first animal to die in orbit. It's a touching salutation to these and others no longer among us, a song that's not at all sad, only filled with joy and celebration for the lives we alll eventually leave behind. Great stuff! 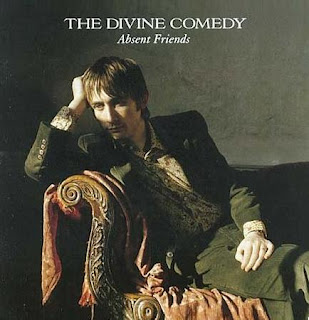