Swedish pop singer Petra Marklund is known under the pseudonym September and has recorded English language dance records since 2000. Today she releases her first single in Swedish (as far as I know) and under her real name to boot. "Händerna mot himlen" is a change in musical direction for her, a fabulous piece of classic pop music, an upbeat yet melancholy sounding four minutes that is immediate and catchy, and like a lot of good pop songs it sounds fresh, and at the same time like a song you've heard a million times before. I don't really know how big Petra Marklund is in Sweden (or internationally for that matter), but I would be very surprised if this didn't become a monster hit. And it should be massive in Norway as well. Woohoo! 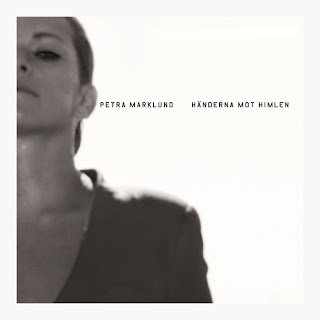