I'm totally infatuated by the recently released second album by South Londoners The xx. Coexist is at least as good as the trio's eponymous 2009 debut, featuring 11 beautiful songs that sound like nothing else. Their nocturnal and downbeat music perfectly fits a gloomy urban landscape, mirroring a kind of alienation and loneliness many people might experience in the city. On "Sunset", one of my favourite tracks on the new album, singers and lyricists Romy Madley Croft and Oliver Sim trade lines as two former lovers that no longer have anything in common. And although the group's mastermind Jamie Smith is a sought after producer and remixer, there would be no The xx without his two cohorts. Oliver Sim's bass lines is highly integral to the sound, and the same goes for Madley Croft's reverbed guitar. If anything The xx sounds like The Cure goes dub without Robert Smith's frenetic singing, and their new album confirms their standing as one of the most interesting new bands to come along in quite some time. Coexist is simply a stunning album. 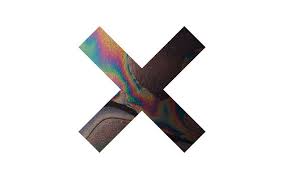