"I've Seen All Good People" is the most well-known song off the 1971 album The Yes Album, split into two parts, called "Your Move" and "All Good People". The former was released as a single, and is Yes at their most melodic, which is somewhat rare come to think of it. The British prog-rockers may have been ridiculed for their frankly quite exhausting and challenging compositions, but "I've Seen All Good People" equals seven minutes of very good music. To learn more about it, I recommend that you read the short Wikipedia article, but you'll probably be happy enough with just the song, to be accessed by following the link below. Fabuolus stuff, really! 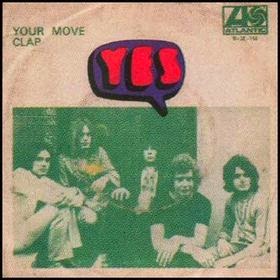