Thea & The Wild - Hots For You

Thea & The Wild, fronted by the charismatic Thea Glenton Raknes, is a new Oslo-based band with two singles released so far. "Hots For You" is the latest of these, an energetic guitar-driven pop song which in a perfect world would have been a big hit. As it is, at least it has gotten them a bit of recognition to further build upon. I saw a stripped-down version of the band perform a few songs at a party the other night, and although it was only Thea singing and her bandmate Kenneth Ishak (known from Beeswax and as a solo performer) playing guitar, they put on a great show. I want more. 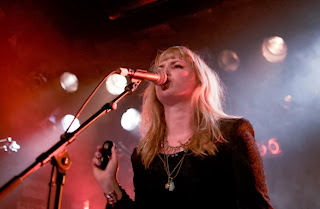