"Protection" is the title track off Massive Attack's second album, released in 1994, a collaboration with Everything But The Girl singer Tracey Thorn who co-wrote it with the British trip hop trio. The song also contains a sample off the James Brown classic "The Payback", and the whole thing is eerie-sounding urban music for late lonely nights. A masterpiece, nothing less, and the Michel Gondry-directed music video is pretty good as well. 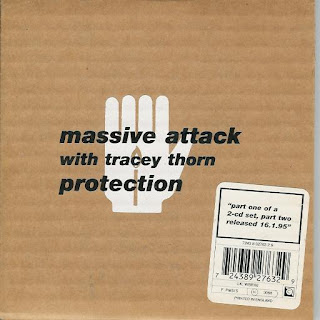