The Long Ryders - I Want You Bad

The Long Ryders was an American band that was part of the so-called Paisley Underground movement of the early to mid-1980's with bands as different as R.E.M., Green On Red, The Rain Parade, Bangles, The Dream Syndicate and more. The middle ground was that all these bands had strong roots in the late 1960's music scene and came along at a time when synth-pop was big. The Long Ryders - with the Y being an obvious tribute to The Byrds - released three solid albums, and "I Want You Bad" was my favourite track on the last of these, 1987's Two-Fisted Tales. This is great garage pop/power pop, with far less country in it than most of the band's output. It's just a kick-ass love song basically and pretty timeless at that. 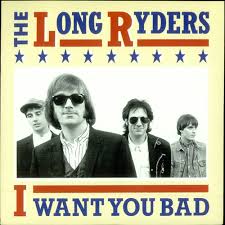